Great news for fans of Supernatural: Stars Jensen Ackles and Jared Padalecki have been added the lineup for Entertainment Weekly’s PopFest, where they’ll participate in a joint Q&A (which will include fan questions) on Saturday, Oct. 29 .

Ackles and Padalecki join an already stacked roster of talent for PopFest, including Late Late Show host James Corden, live performances from music superstars Nick Jonas and Janelle Monae, discussions with Oscar-winning actress and director Jodie Foster, and Emmy-winning showrunner Ryan Murphy and friends. Attendees will also have the chance to check out first-look footage and special guests from The Dark Tower, a live taping of Anna Faris’s podcast, Anna Faris Is Unqualified, a reunion with the cast of Happy Endings (where the stars will perform a never-before-seen episode), a conversation with Outlander author Diana Gabaldon, the cast of The CW’s Crazy Ex-Girlfriend performing their musical mashups live, a live table read from the cast of Bob’s Burgers, and a conversation between husband-and-wife YA superstars Ransom Riggs (Miss Peregrine’s Home for Peculiar Children) and Tahareh Mafi (Shatter Me). The weekend will conclude with a 20th anniversary Scream celebration including a Wes Craven tribute, followed by an outdoor screening of the film. Additional programming will be announced in the coming weeks.

The two-day event will be held on Oct. 29 and Oct. 30 in downtown Los Angeles at The Reef. Tickets are available to the general public at http://ewpopfest.com/.

30+ high quality screencaptures of Jared & Jensen from the 2014 Critic’s Choice Awards broadcast on Thursday have been added to the gallery. Thanks to my good friend Pedro at Chris Evans HQ for the high quality video! 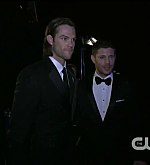 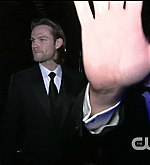 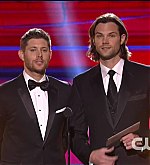 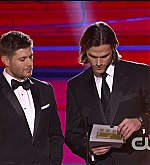 70 high quality screencaptures of Jared from the 2013 People’s Choice Awards broadcast on Wednesday have been added to the gallery. 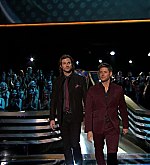 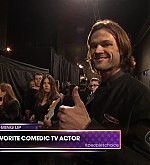 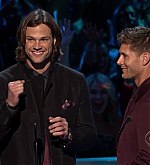 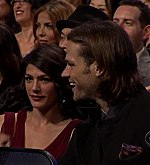 Page 2 of 2 « Previous 1 2
© 2006-2018 Jared Padalecki Online   |   Jared-Padalecki.com   |   Theme by Sin21   |   Back to top   |   Homepage   |   Disclaimer & Privacy Policy Jared Padalecki Online is a website created by a fan, for the fans and is in no way affiliated with his management, or any company associated with him. All media, photos, trademarks and copyrights are owned by their respective companies. No copyright infringement is intended. Please contact us if anything should need to be removed from our servers.