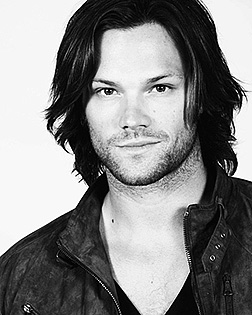 Jared’s journey into the world of acting began when he won FOX’s 1999 “Claim to Fame Contest”; a chance to appear at the Teen Choice Awards. He ended up meeting his manager at the show and after graduating from high school in 2000, moved to Los Angeles, California to pursue an acting career.

His first credit was a minor role in the 1999 film A Little Inside. In 2000, he was cast as Dean Forester on the television series Gilmore Girls, a role that was only supposed to last 4 episodes, but lasted until 2005. Throughout the early 2000s, he also appeared in several made-for-television films, including Silent Witness, Close to Home, and the Disney Channel Original Movie A Ring of Endless Light.
In 2003’s comedy Cheaper by the Dozen, he played a bully after being asked by fellow actor and friend Tom Welling, who played the part of Charlie Baker, and the director of the movie, who wanted someone bigger than Charlie to pick on him. He originally auditioned for Welling’s role, but gave it up in order to film a pilot titled Young MacGyver which was never picked up. In 2004, he appeared in the Mary-Kate and Ashley Olsen comedy New York Minute as Trey Lipton a cute boy who the Olson’s characters are attracted to. He also landed a short role in the thriller Flight of the Phoenix alongside Dennis Quaid and Hugh Laurie. In 2005, Jared starred opposite Elisha Cuthbert, Chad Michael Murray and Paris Hilton as Wade in the horror film House of Wax. He also appeared in another horror film, Cry Wolf.

Over the years Jared has had quite a few other projects, he served as the host of MTV’s horror reality series, Room 401 which sadly only lasted 8 episodes. Jared played the lead role in 2008’s The Christmas Cottage, in which he played Thomas Kinkade.
He also had the lead role in the horror remake Friday the 13th film alongside Danielle Panabaker, which opened i February of 2009. He played Clay Miller, a character who heads out to the doomed Camp Crystal Lake in search of his sister who has gone missing.

But quite possibly Jared’s most notable role to date has been playing Sam Winchester on the hit series Supernatural. Sam and his brother Dean (played by fellow texan Jensen Ackles) drive across the United States hunting paranormal predators. The show airs on the CW.

Stay up-to-date on the absolute latest news and photos on Jared and his career on popular social networks such as Twitter and Facebook!

Supernatural
2005 - ?? | Drama/Fantasy/Thriller
Jared as: Sam Winchester
Two brothers follow their father's footsteps as "hunters" fighting evil supernatural beings of many kinds including monsters, demons, and gods that roam the earth.

© 2006-2018 Jared Padalecki Online   |   Jared-Padalecki.com   |   Theme by Sin21   |   Back to top   |   Homepage   |   Disclaimer & Privacy Policy Jared Padalecki Online is a website created by a fan, for the fans and is in no way affiliated with his management, or any company associated with him. All media, photos, trademarks and copyrights are owned by their respective companies. No copyright infringement is intended. Please contact us if anything should need to be removed from our servers.