200+ high quality screen captures from Wednesday’s episode of Supernatural have been added into the gallery. 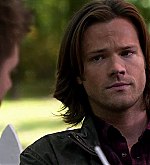 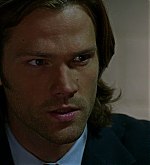 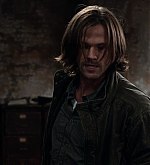 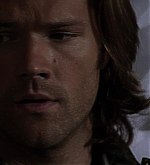 Five stills of Jared from the 3rd episode of Supernatural have been added into the gallery. Be sure to check them out.

Supernatural: 8×01 “We Need To Talk About Kevin” Captures Added

300+ high quality screen captures from Wednesday’s episode of Supernatural have been added into the gallery. 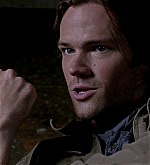 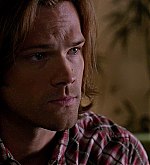 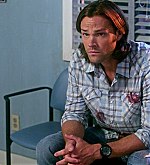 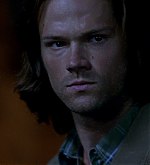 No comments
Interviews, Spoilers, Supernatural, Video
Warning! There may be a few small Supernatural spoilers in this video.
Sam Winchester has been having a good year. Sure, it started off pretty badly — almost going insane, fighting Leviathans and then losing his brother to Purgatory. But then the year in between Supernatural season 7 and Supernatural season 8 was good.

So how will Sam adjust to a new season with new trouble? Jared Padalecki shared a few clues during an interview on the set of Supernatural (visit courtesy of Warner Bros.). END_OF_DOCUMENT_TOKEN_TO_BE_REPLACED 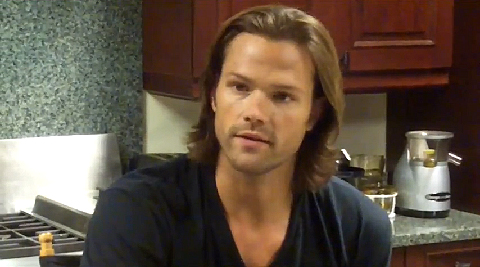 When we last left the Brothers Winchester, Dean (Jensen Ackles) had been exiled to Purgatory while Sam (Jared Padalecki) was left alone on Earth. As the new season revs up tonight, we pick up the action one year later as Dean finally lands back on Earth and Sam has moved away from demon hunting.

On the Vancouver set last week on a Warner Brothers-sponsored press trip, Padalecki sat down with reporters – our Jim Halterman among them – to talk about why Sam may be thrilled with his brother’s return but not so much about returning to demon hunting as well as how he is a fan of flashbacks for telling certain kinds of stories.

Stay up-to-date on the absolute latest news and photos on Jared and his career on popular social networks such as Twitter and Facebook!

Supernatural
2005 - ?? | Drama/Fantasy/Thriller
Jared as: Sam Winchester
Two brothers follow their father's footsteps as "hunters" fighting evil supernatural beings of many kinds including monsters, demons, and gods that roam the earth.

© 2006-2018 Jared Padalecki Online   |   Jared-Padalecki.com   |   Theme by Sin21   |   Back to top   |   Homepage   |   Disclaimer & Privacy Policy Jared Padalecki Online is a website created by a fan, for the fans and is in no way affiliated with his management, or any company associated with him. All media, photos, trademarks and copyrights are owned by their respective companies. No copyright infringement is intended. Please contact us if anything should need to be removed from our servers.